Use Google to translate this page

A few days back, I was exposed to a beautiful illustration showing the (hypothetical) mechanisms of radiculopathy. While the content is well-written and a testament to the dedication and high level of scientific knowledge among the authors, it neglects the complexity of neurobiology and has no clinical relevance.

Science does not translate very well into clinical practice. When research is communicated to a broader audience, the bigger picture is often more relevant than the naked results. However, when pain and neuroscience are welded together and used interchangeably as professional jargon, science is turned into mere speculation. Therefore, the clinician should possess scientific skepticism and call bluff when research-jargon is ‘clinified’. This is best done by understanding the theories of pain and the premise of basic research.

…when pain and neuroscience are welded together and used interchangeably as professional jargon, science is turned into mere speculation.

Before I justify my critique of the review article “Lumbar Radiculopathy and Its Neurobiological Basis”, let me first explain why I think this is important. There is massive pressure on researchers to “disseminate” their research to the world outside academia. But let’s face it, dissemination is not an academic discipline and researchers do not automatically know what it is like to be a clinician (or to be in chronic pain). It’s as if you ask a group of middle-aged white men to solve the problems of a 25-year old Asian woman: Their knowledge is not automatically compatible with hers, and simply “disseminating” their understanding of the world will not necessarily be of any help to her.

…dissemination is not an academic discipline and researchers do not automatically know what it is like to be a clinician (or to be in chronic pain).

I’m fascinated by the world we live in, and think that neuroscience is amazing because  unites thoughts from almost any discipline to study how our experiences relate to the world we can measure. Despite my fascination, I realise that basic science (or any science for that matter) cannot look at the details without losing sight of the whole.

Like any other person, the scientist needs to make an educated guess about how their observations fit into the world (i.e. the bigger picture). And since each study is only a small piece in a very large puzzle, the details of each study is only truly interesting for a relatively small number of people. So, when research is disseminated to a broad audience, it is rarely the results and more often the big picture which is explained (i.e. the educated guess). Sometimes, it’s to the extent that complex processes are transformed into mainstream metaphors, which leave the impression that pain (or whatever you are studying) really isn’t that complicated at all. Consider the concept of ‘central sensitization’ (Woolf CJ, 1984), which has been conceptualised into something that supposedly can be detected and treated in the clinic (Nijs J et al. 2019).

For a detailed discussion about the clinical usefulness of CS see this blog post (references are in English) and this recent commentary by prof Michele Curatolo.

In this video Lorimer Moseley and Morten Hoegh share their opinions on the matter.

In 1986 Patrick Wall and Stephen McMahon wrote in a commentary that “The labelling of nociceptors as pain fibres was not an admirable simplification but an unfortunate trivialization” (Wall/McMahon, 1986). The problem they addressed was that perception (pain) and neuroscience (nociception) are not two sides of the same coin, and over three decades later we are still struggling with the same problem. Only now, the difference between trivialisation (e.g. mechanical pain) and the big picture (e.g. microglia activation) is so advanced that people without a significant knowledge in the field will most likely not pick up the mistakes.

…perception (pain) and neuroscience (nociception) are not two sides of the same coin.

Is there really such a thing as “mechanical pain” during acute disc herniation in the back?

A critical thinking clinician would read the article by Lin and colleagues and answer the following questions:

The model used in the reference for the so-called ‘mechanical pain’ is the spinal ligation model, in which a rat is anaesthetised, a nerve is surfaced and a string is tied around the nerve root (see picture below). This way, the scientists know exactly what is causing the changes they measure afterwards. The merit of the model seems to be that the symptoms, which appear afterwards in the rodent, are similar to well-described symptoms in humans with radiculopathy.

This model is very far from the patients we try to understand, so any extrapolation should be done only with extreme precaution; not the least of which, the consequences of this extrapolation means exposing the patient to removing the compression on the nerve root. Bear in mind that the model was to study what happens after ligation, not to study what happens after removal of the compression!

The underlying assumption seems to be that if compression is causing the pain, then removal hereof (i.e. neurosurgery) is the solution. However, if the pain is caused by chemical substrates, then neurosurgery should not be performed. As mentioned above, the logic in this argument is not intact based on the evidence presented.

When I read this review, it seems that the evidence is framed to support the idea that removing a mechanical block will relieve pain. For this purpose, the authors postulate that compression leads to pain. The reasoning is this:

Yes – undoubtedly. Thus, it seems likely that the flaw lies not in the argument itself, but in the assumption that a) this occurs frequently in humans, b) that the animal models can be translated into humans and c) that damaged nerves more often than not lead to (surgically reversible) pain. All three arguments are flawed.

See reference above regarding frequency of asymptomatic patients/people with MRI-verified root compression.

See comments regarding the limitations of the SNL-model above. Supplementary reading is Suter MR et al. (2012) and Tappe-Theodor A et al (2019) for animal and Reddy KS et al. (2012) for human models.

A large cohort study from the UK found that “only” around 1:5 patients with peripheral neuropathy may have symptoms (Abbott, CA et al. 2011), indicating that even in the presence of minor nerve damage, pain is not the dominant feature in the majority of people. In patients where pain is the dominant symptom, surgery is generally not considered (Colloca L et al. 2017).

…even in the presence of minor nerve damage, pain is not the dominant feature in the majority of people.

The supporting argument is that if the patient has a ‘herniation’ a Straight Leg Raise Test reduces blood flow and action potentials. Furthermore, they postulate that ‘swollen or stretched’ nerves can contribute to pain, even in the absence of fibrosis/transient compression. Confusingly, the next section states that “…some intimate contact between the herniated disc material and the nerve root is required for the pain.”

So, if ‘herniated disc material’ (i.e. chemical provocation) is necessary, neither of the other factors can be considered mechanistically relevant. Also, in terms of clinical relevance, it would appear counterintuitive to think that surgery (i.e. a massive chemical provocation) should be the best thing to do to a nerve root that may already be prone to restricted blood flow.

Standing on the shoulders of giants

Being a clinician means being able to constantly zoom in on details from the history of the patient, and out to a meta-perspective where we compare the symptoms, etc. with the evidence and theories we know. For us to do so, we have learned dozens of theories, which usually builds on the same ‘meta-models’.

In physiotherapy, the most dominant meta-model is the ‘end-organ’ model, where we assume that pain arises from a (pathological) tissue (i.e. muscle pain). Consequently, we try to locate the tissue and reverse the problem. Often with some degree of success – although, interestingly, the success does not seem to depend on how we deal with our findings (see Karayannis, N., et al. 2012/16).

In the history of pain science, the two most dominating theories of pain are the Specificity Theory and the Pattern Theory (Moayedi M and Davis KD, 2013). In short, the Specificity Theory suggests that activation of specific neuronal pathways lead to specific perceptions (e.g. cold or pain). This theory was dominant until the Gate Control Theory by Pat Wall and Ronald Melzack was proposed. The Gate Control Theory builds on the Pattern Theory, in which afferent stimuli are ‘scrutinised’ by the CNS, which in turn responds.

For more detailed information on specificity and pattern theory, this blog post is a great place to start (don’t miss out on the debate too). You can find a short lecture on the history of pain on Dr Melissa A. Farmer’s (@Farmer_MindBody) blog.

I will finish this post of with a quote from the late and great Pat D Wall, who again and again addressed the problem with applying simple models to solve complex problems:

“The one remaining, and apparently immortal and indestructible, virtue of specificity theory is its utter simplicity. It has failed to generate any explanation for clinical pains. It has failed to generate any usable therapy, and worse, it has encouraged ineffective, often counterproductive, surgical attempts to destroy the cells or their axons. It is stuck in the textbooks and provides fodder for those skilled molecular biologists who seek a single, simple defined system to analyze in their reductionist fashion”. (Wall PD, 1996)

I would like to offer my special thanks to Julie Tudor for her assistance with this blog post.

Woolf CJ. Long term alterations in the excitability of the flexion reflex produced by peripheral tissue injury in the chronic decerebrate rat. PAIN. 1984;18(4):325-343.

2 kommentarer til “A beautiful mistake is still a mistake” 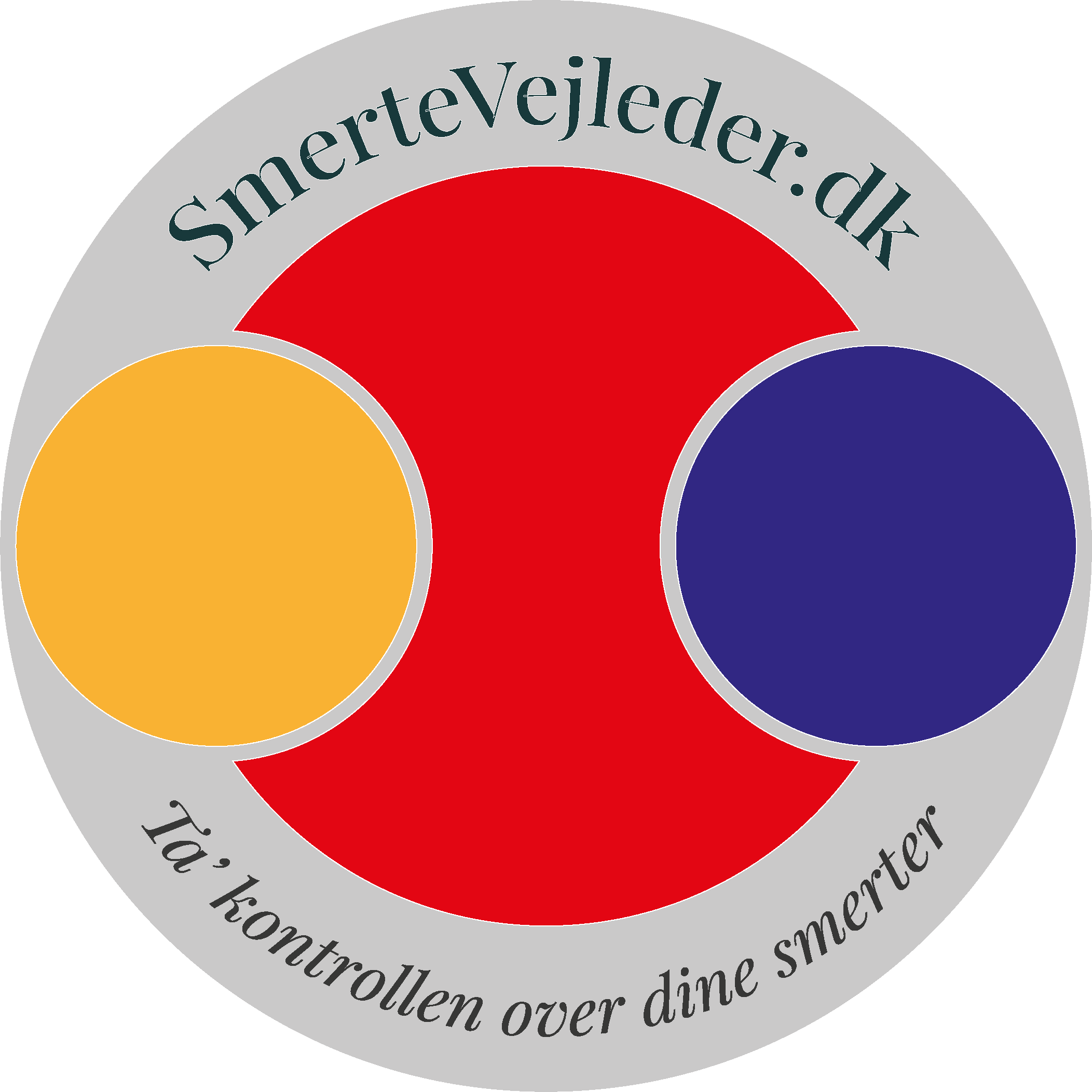